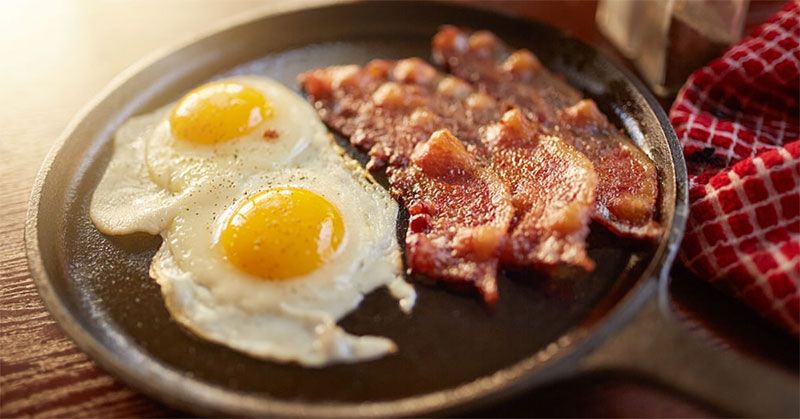 So you love eating bacon but haven’t the slightest clue about how to properly cook it, or perhaps cook it all for that matter? Be not afraid anymore! In this article, I’ll show you some of the basic steps to cooking that perfect piece of bacon every time.

Remember, as with anything you learn to do, this is not an exhaustive list – feel free to incorporate your own style and own ideas when making your bacon. I personally love to add a bit of personality into my bacon and you’ll see how later in this article.

Here are 5 easy steps/tricks to follow to ensure you’re well on the way to cooking bacon properly and ensuring the best results.

1. If the bacon is still refrigerated, be sure to take it out and allow it to thaw for at least 30 minutes before cooking it. This will ensure that the bacon can be separated easily without breaking.

2. Keep a close watch on your bacon! Bacon can burn very, very quickly – especially older bacon! The fresher the bacon, the longer it’ll take to burn, and vice-versa.

3. The fat extrapolated from the cooked bacon is actually extremely useful! Many chefs and cooks like to use it as a cooking oil because of its rich flavor. For this reason, when finished cooking you can allow the oil to cool to room temperature and store it in a glass container in the fridge for later use.

4. Thinner pieces = crispier bacon. Keep this in my mind if you like your bacon crispy as I do!

5. Bacon has a tendency to “splatter” while being cooked. Don’t rush the cooking! Use a low heat, and turn the bacon often to avoid splatter!

What Are the Rules You Should Remember When Cooking Bacon?

These rules generally apply to cook bacon on a stove or oven, however, many people also prefer to grill their bacon. I definitely endorse this as it usually results in a crispier end result, which I absolutely love! When grilling bacon:

Another nice facet of cooking bacon on a grill is that there is little cleanup as compared to cooking on a stove or oven – all the grease/fat simply drips to the base of the grill!

Conclusion: Practice is the Most Important

That’s pretty well it! The nice thing about bacon is that it’s a relatively quick and easy food to cook, and it tastes delicious!

There are a lot of different techniques to roughly alter the taste so that everyone’s bacon tastes a little different. For example, I actually put a sprinkle of sugar, that’s right, sugar on my bacon. It gives it a perfect hint of salty and sweet and it’s a unique touch that I’ve only received positive compliments about!

Don’t take my word for it, however; do you have any unique tricks when it comes to cooking bacon? Let’s hear it!